I was recently approached by a friend with a question about generic pharmaceutical products and their relative efficacy. It turns out she’d received a refill on a prescription for duloxetine HCL, a generic version of Eli Lilly’s Cymbalta product. I assured her that based on my years of experience working with all type of pharmaceutical manufacturers from stage one development to giant corporations like Pfizer that an incredible amount of effort goes into making sure that any generic drug performs equivalent to the original. However, I offered to run some XRD tests on the previous and new medication to ease her mind.

The results were a bit startling. The previous product showed clearly present and well-crystallized duloxetine HCL along with lactose monohydrate while the new capsule had no phases I could identify other than sucrose. None of the crystalline polymorphs of duloxetine HCL, nor any evidence of the amorphous scatter pattern one would expect were visible to me. 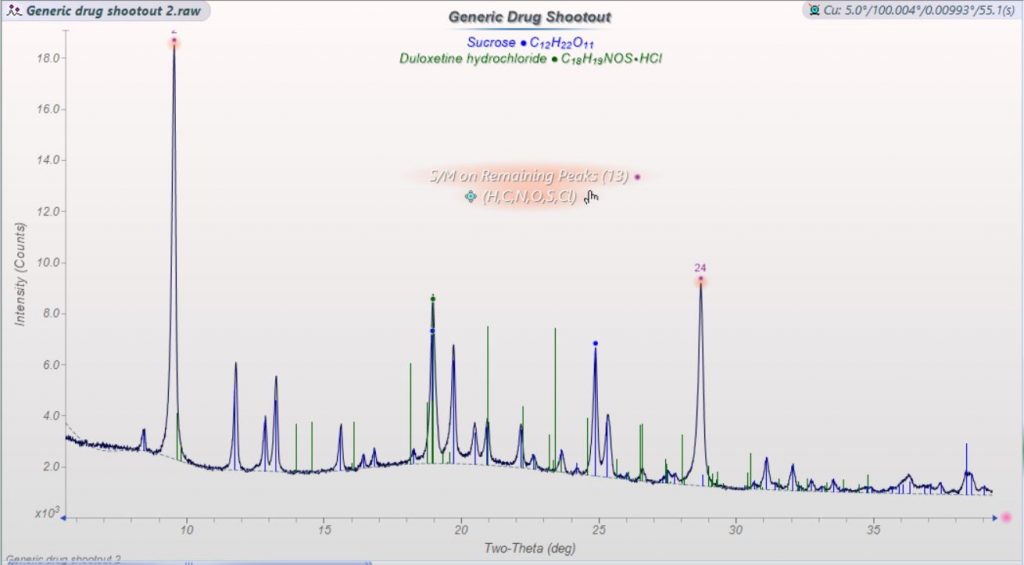 After verifying that the prescription had not been changed to a placebo (my first thought), I set about analyzing more samples. The initial capsules were both 60mg dosages, but the same prescription included a second, 30mg dosage. This was filled at the same time, at the same pharmacy, and from the same manufacturer as the 60mg capsule in question. It also showed clearly present duloxetine HCL. A replacement prescription was ordered and filled from a different pharmacy and by a third manufacturer. It also showed the clear presence of the API in the most common crystalline polymorph. 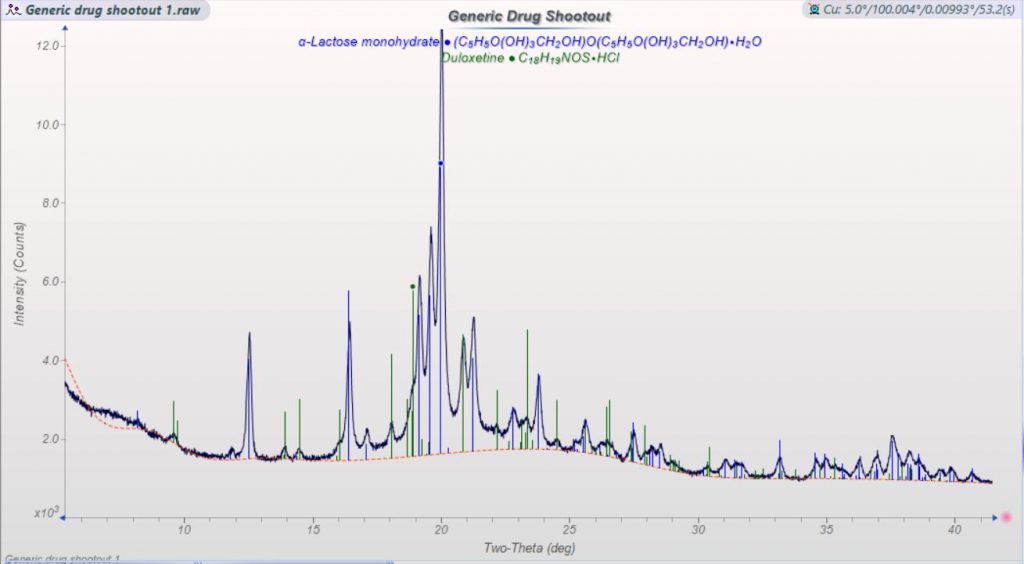