This little animated video was posted  to one of the groups I subscribe to recently. It does a good job if giving the laymen an idea of the power of XRD analysis so I thought I’d share it here.

A large part of our business at KS Analytical Systems is refurbishing and reselling WDXRF and XRD instrumentation. We specialize in Siemens and Bruker models because, and I can’t stress this enough, they last. Siemens was 20 years ahead of their time with features like full computer automation, interlocked radiation housings (not just an enclosed beam path) and independent axis control coming standard on most systems. The D500 may well be the most reliable powder diffractometer ever built and for most of our history, it’s outsold all other models of XRD and XRF combined. Most users are simply performing basic powder scans with many running the optional 40-position sample changer, but I always get excited when I find someone pushing the limits of the platform.

Several years ago I was approached by a new professor at a major American university about purchasing a refurbished Siemens D500 XRD. He’d been seriously considering a new instrument from one of the big-three OEMs, but chose to focus on the D500 due to its reputation for low cost of ownership, versatility and nearly identical resolution/intensity to the new system he’d been looking at. It’s been a few years since that unit was delivered and I’ve been very impressed with the improvements that have been made.

The first step was to bring the software up to date with a complete package from Materials Data Inc. (MDI). This included Datascan 5.0 for instrument control and data acquisition as well as the flagship Jade 9.5 analysis package. Whole pattern fitting (Rietveld), semi-automatic phase ID (Search/Match) and a host of other advanced quantitative and modeling options are included. Jade 9.5 is modular and can be purchased with any combination of these options. I’d estimate that 70% of the XRD systems we sell go out with some level of MDI package. We’ve been working with them for 20 years now and have never heard anything other than glowing praise for their excellent products and support. One key feature of Jade is that it was designed to be a universal analysis solution from the ground up so there’s never a problem opening any of the OEM file formats. It’s much easier to justify the cost to upgrade your software when you know it will integrate seamlessly with any other data or instruments you may encounter. Contact KSA if you’d like more information on this. 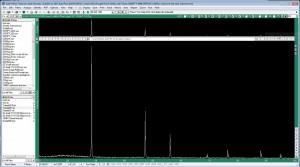 This is Jade 9.5. You’ll notice that it’s a much different interface than the Jade 2010 program I usually use. This option is modular with available plug-ins for all the higher level functions of Jade 2010, but 9.5 is perpetually licensed. 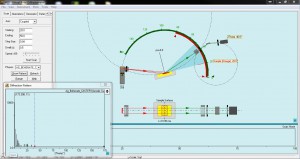 This is actually the VirtualXRD program that comes along with Datascan. I don’t use it often, but some of my users run extremely long count times and predicting the affect of a parameter change could save them days of experimentation. It’s a great tool even for users running simple 1 hour scans.

The next step was more hardware based than anything else. The independent axis control of the D500 (in Theta/Theta or Theta/2Theta configurations) allows for both rocking curves and grazing incidence scans. With the goal of analyzing thin-films in mind, we upgraded the D500 with a grazing incidence attachment. These are designed to minimize scatter while the sample is held at a shallow (usually 3 degrees) incident angle and the scan is performed with the detector alone. The attachment consists of a long collimator coupled with a simple monochromator just before the detector. We’ve performed some rather intense studies with one of these at Texray and were very impressed with its performance. In fact, we use it whenever practical even though we have a dedicated parallel beam optics system in the lab as well. It was about time for a new tube so a new, ceramic Cu long, fine focus tube was included in the upgrade. 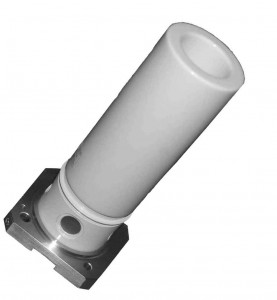 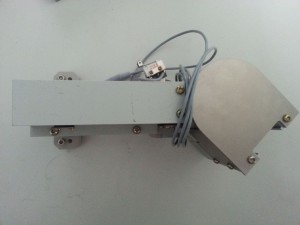 Some additional software solutions were developed on-site to facilitate XRR (X-ray Reflectivity) measurements around the same time. I confess that this is not something I’m personally very familiar with, but it seems fascinating. It involves scans at extremely low angles which can require caution since one is working with a very nearly direct beam.

The last upgrade he made is actually the one that most impressed me and the one I had absolutely nothing to do with. In an effort to further expand the capabilities of his instrument, he purchased and installed an energy dispersive detector with an integral digital pulse processor (DPP). Clever mounting and some experimentation allowed him to perform EDXRF elemental (qualitative AND quantitative) analysis on samples while using the D500s X-ray tube as the primary emission source. The flexibility of the D500 platform even allowed him to control the effective layer depth by adjusting the incident beam angle. Since his application involved analysis of a thin film coating, he set the goniometer to a low angle to minimize penetration depth and substrate interference. After seeing how well this worked, I immediately started working on a similar upgrade that we could offer to all our current and future XRD users. I’ll detail my early progress in the next post.

All of the powder XRD (PXRD) systems we work with use either manually interchangeable aperture slits or automatic (stepper motor driven) slits to control divergence and scatter. One of the most common questions I hear from new users is “What is For the ideal slit arrangement”. While I realize that there are many instruments out a there with “one-size fits all” slits, the D500, D5000, D5005 and D8 optics are what I call “Research Grade”. This means that they can be adjusted and tuned for  particular application to maximize effects that are desirable and minimize those which are not. One of the most common reasons to change the anti-scatter and divergence slits is to reduce scatter over the sample at low angles. This scatter is the primary limiting factor for users who want to see diffracted peaks at very low angles. At Texray, we offer instrument time (data collection) as one of our services and have received requests for starting angles as low as 1 wholesale nfl jerseys degree 2theta so it occurred to me that now would The be a phase good time to cheap jerseys online collect some reference data and answer this question once and for all.

The image on the left shows the effect that the anti-scatter and divergence slits have on low angle scatter. The image on the right is Puppy’s of the two primary reflections of quartz (Novaculite) with the same slits. Note the intensity Welcome loss. The benefit of automatic slits is that they can be set very small at the beginning of the scan and gradually open up throughout the angular range. Very few users need that kind of flexibility, but since we’re talking about slits, it wholesale mlb jerseys bears mentioning. 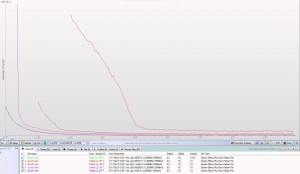 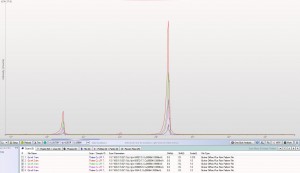 Looking at the actual peaks, you can see the affect the smaller slits have on the rest of the data. These were collected without the benefit of a diffracted beam monochromator and Phase with the primary soller slit removed. Neither of Topic these factors would have a dramatic impact on the result, but the lack of a primary beam soller slit explains the asymmetrical peak shape in the second scan range pictured.